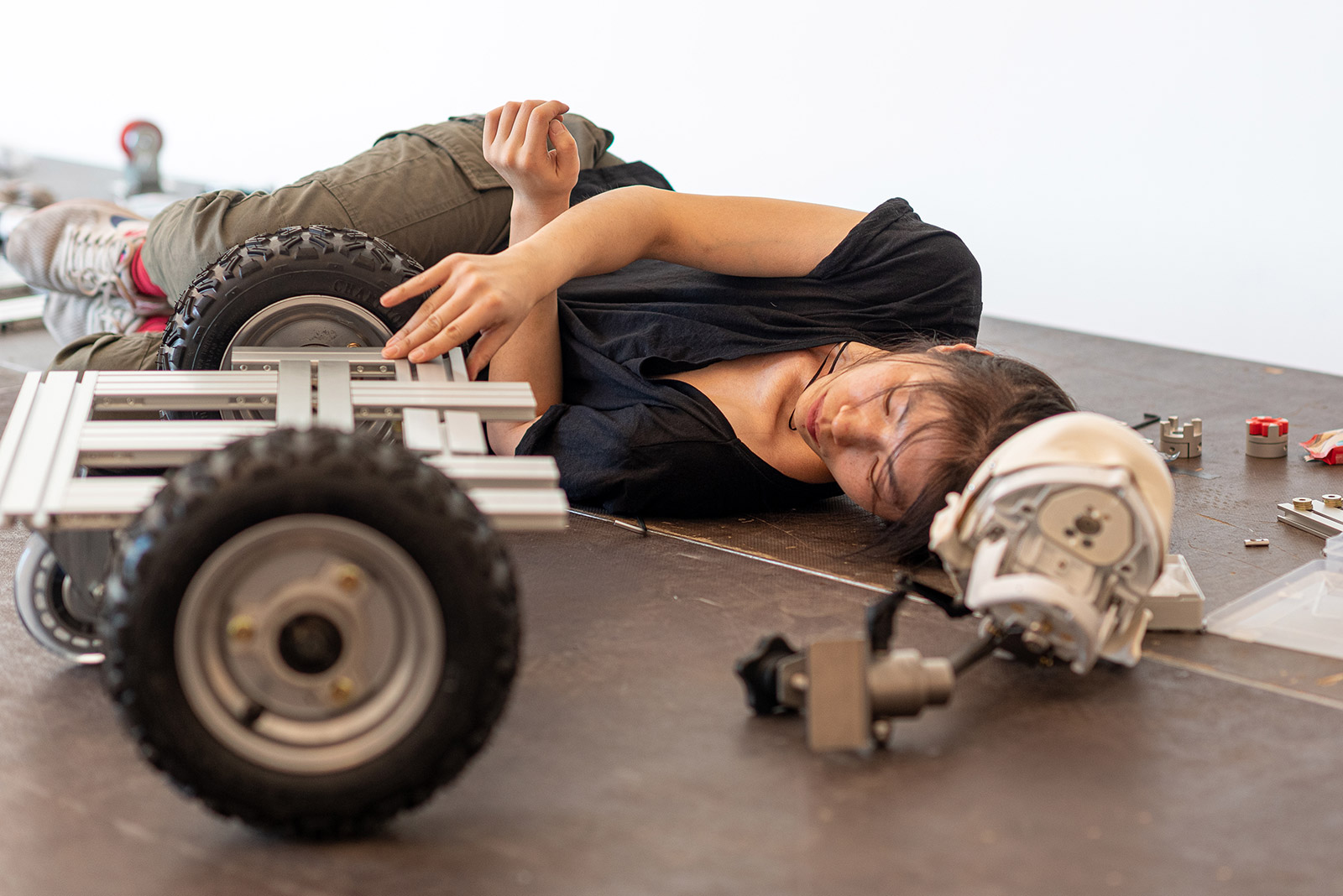 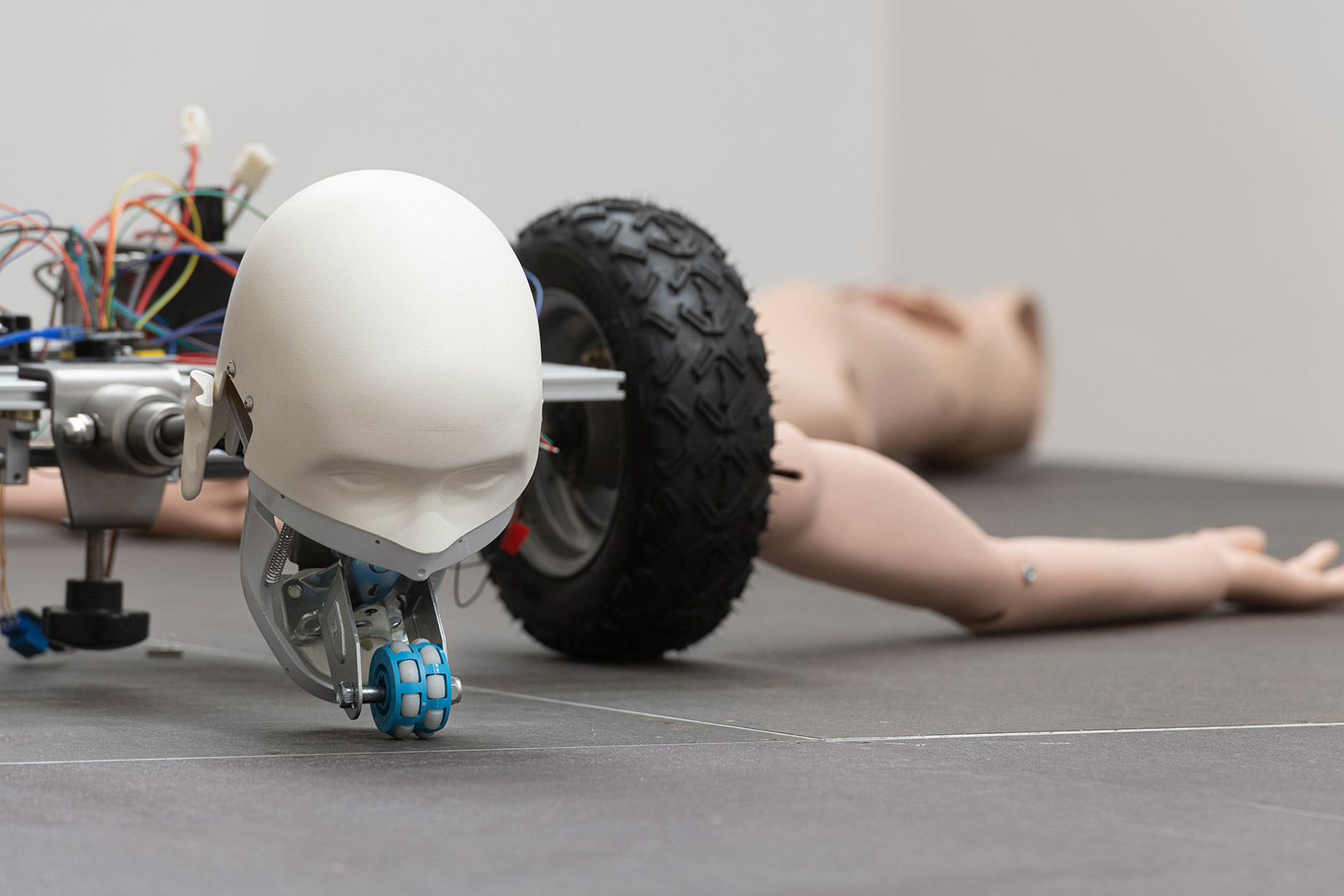 Geumhyung Jeong creates performative assemblages, in which her own body comes into contact with self-made robotic sculptures. In her new piece the South Korean choreographer interacts with machines that have already accompanied her in other performances. The ‘toy robots’ have the disarming charm of amateurs. They are made up of components obtained from specialist medical or technical websites. Jeong puts these elements to new uses in a do-it-yourself mode involving the basic elements of programming. The robots’ action radius is limited. Their movements are ungainly and unpredictable.

In a series of sensitive interactions Jeong tries to bring the robots to life in a TEST RUN and thus to upgrade them. As usual, this test run is characterized by a constant fluctuation of ‘trial and error’. While the artist hopes that everything will go according to plan, she is also driven by the ambition to find as many faults as possible and thus to optimize her homemade friends. The result is a multi-layered choreography with intimate encounters at its heart rather than dystopic visions or technoid fantasies and this raises questions about the relationship between man and machine: how do we shape the beginning of a technologically-defined future, who is in the lead and who is the dinosaur – the phase-out model?

Vita
Geumhyung Jeong creates works at the interface between choreography, performance and fine art. She is regarded as one of the most unconventional and avant-garde artistic voices in South Korea. She studied drama at Hoseo University in Asan, and dance and performance at the National University of Arts and Animation Film at the Korean Film Academy in Seoul. International museums, festivals and theatres show her works regularly, e.g., Kunsthalle Basel, Tate Modern in London, New Museum in New York, Delfina Foundation in London and Kunstenfestivaldesarts in Brussels. The piece TEST RUN was developed by Jeong for and in Frankfurt am Main.